Carbs are Not Bad, Unhealthy, and Will Not Prevent Weight Loss 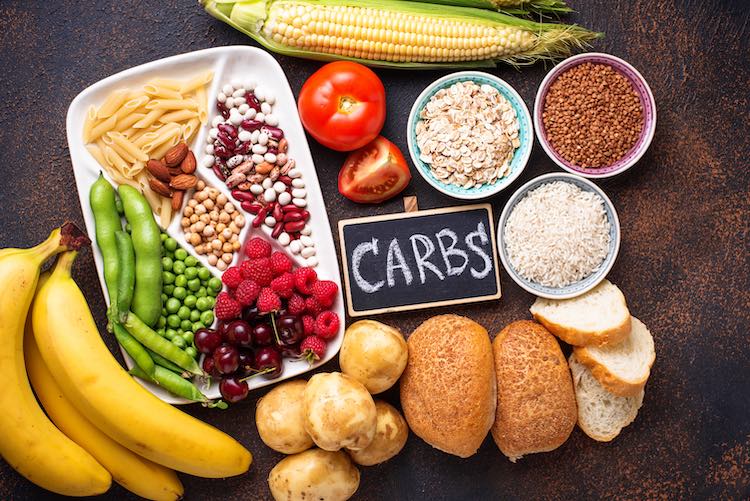 I can’t begin to count the number of coaching clients that hired me to coach them but then were dismayed by the amount of carbs I recommended they start eating.

But, carbs make me gain weight…

My body doesn’t do well with carbs…

If I eat carbs, I gain two pounds overnight…

I only lose weight if I cut carbs…

I’ve heard those and many more fears expressed, but I can say that the clients that trusted me and began eating carbs, found out that what they believed about carbs was a myth.

Carbohydrates are Your Body’s Prefered Fuel

But, its most basic and simplest processes are designed to digest carbs for energy. It is the fastest and most efficient way for the body to get the glucose it needs to function. Glucose is a carb and most of the carbs you eat are just a couple of steps away from being converted to glucose.

In fact, the saliva in your mouth contains enzymes that start breaking down complex carbs as you are chewing them.  If your body wasn’t meant to eat carbs and didn’t thrive on carbs, your salivary glands never would have evolved to start digesting them.

Your brain loves carbs too and is one of the biggest consumers of glucose in your body.

Next in line is your muscle tissue. Carbs fuel your muscles quite efficiently and your muscles even store carbs for future use in the form of glycogen.

There’s a reason that people “crave carbs”… It’s built into your DNA, so instead of being afraid of those cravings, embrace those cravings. 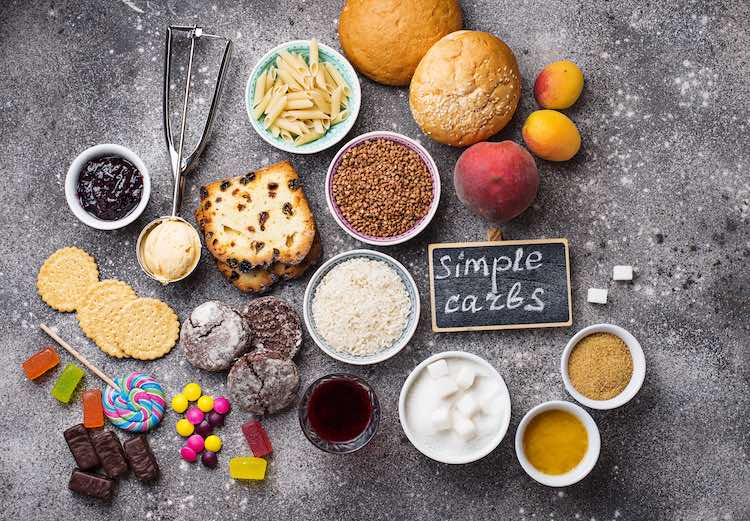 How to Eat Carbs Wisely

Many foods that contain carbs are classified as calorie-dense foods. This means that they contain a lot of energy in just a small portion.

This is why Atkins and others began telling people to eliminate them from their diets. If overweight people eliminate calorie-dense foods, then they automatically reduce the amount of energy their bodies are consuming each day, which creates a calorie deficit and then fat loss as a result.

This is all well and good, but so many great foods contain carbs and your body is hardwired to want them, therefore eliminating carbs isn’t viable long-term.

A better approach is to understand how much energy your body needs and then eat carbs in relation to your body’s needs. This approach is called Flexible Dieting or Macro Dieting.

It establishes how much energy your body needs based on your goal and then shows you a balanced amount of carb grams to aim for each day. You can enjoy carbs but simply keep them in check.

Example: Marquis wants to lose 20 pounds. Considering her exercise, stats, and a 20% calorie deficit she can eat 1350 calories. 40% of those calories can come from carbohydrates, therefore she can eat 135 grams of carbs and still lose weight.

Are all carbs created equally?

All carbs have a similar chemical structure consisting of carbon, hydrogen, and oxygen. The difference is how they are combined and bonded to one another ranging from a simple carb like glucose to a complex carb like starch. However, energy-wise, your body handles all carbs the same. They are all converted to glucose.

Energy-wise, white sugar is no different from the carbs in a sweet potato, but as far as the overall effect they each have on one’s health they are a bit different.

First, the rate at which carbs enter the bloodstream needs to be considered. Simple sugars like refined white sugar enter the bloodstream very quickly. This produces an insulin spike, often a euphoric-like feeling, and then a crash. Eating too many of your carbs as refined simple carbs won’t make you feel your best.

Complex carbs, on the other hand, take longer to be broken down by your digestive system into glucose, so they enter the bloodstream more slowly, which keeps blood glucose and insulin levels more stable. These keep you feeling better longer instead of short boosts and then crashes.

Secondly, simple carbs usually come from refined, sources and therefore lack fiber, vitamins, or minerals. They are known as “empty calories”.  Complex carbs, on the other hand, usually are found in whole foods and come with the vitamins, fiber, and minerals your body needs.

Fruit is an exception to the rule because although fructose is a simple sugar, it’s bound to fiber, digests slower, and comes with lots of micronutrients.

Does this mean I should never have a sweet treat?

No, it just means that to be as healthy as you can, try to eat the majority of your carbs in whole food form and just a small amount in the simple form. A sweet treat from time to time is fine and enjoyable.

Here’s a table that can help you with eating mostly the healthiest type of carbs.

It’s time to stop feeling guilty about eating carbs and time to let the myths about carbs go.

Carbs are part of a healthy and balanced diet. You can eat them while losing weight or whatever your body composition goal may be.

Ted Kallmyer is an ISSA certified Specialist in Fitness Nutrition, is an expert macros coach, and the author of The Macro Solution. If you need personal help reaching your weight loss/fitness goals see his nutrition & macros coaching options. Follow Ted on Instagram
Last Updated: September 10, 2021