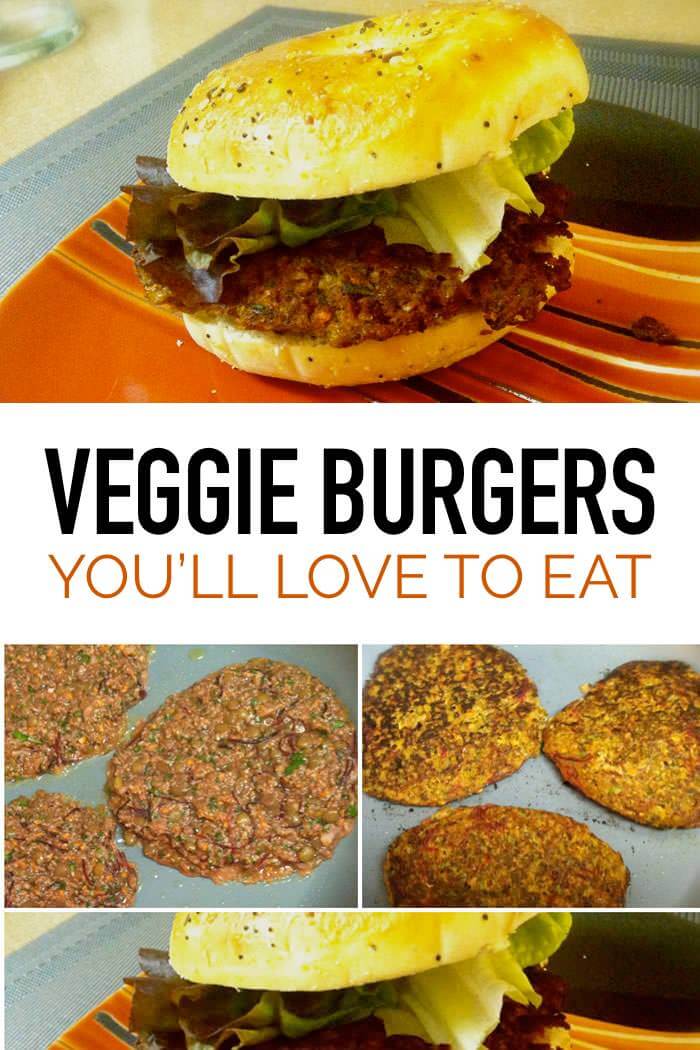 Veggies burgers were one of the first recipes I developed after deciding to cut back on meat consumption about a year and a half ago.

I’m not a fan of store bought veggie patties for the following reasons:

I developed this recipe by adapting a veggie burger recipe my friend gave me, and tweaking it for better flavor and higher nutrition. 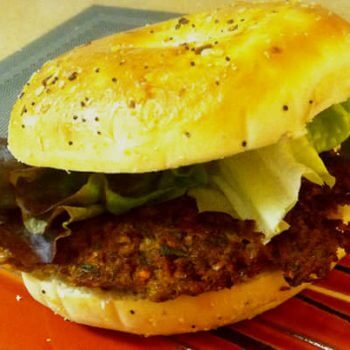 Calories: 196kcalCarbohydrates: 28gProtein: 9gFat: 4gFiber: 5g
Tried this recipe?Let us know how it was!
Note that nutritional information is for the pattie alone (without bun).

Freeze Some for Later

Since this recipe makes about 10 veggie patties, I usually serve them for dinner and freeze the rest for later. They make great, quick lunches or dinners. I individually wrap them, so they can be thawed quickly.

These veggie burgers are a perfect way to eat more vegetables, boost your diet’s nutrition, and cut back on the calories that would be found in a traditional beef burger and cutting back on meat or becoming a vegetarian is sure a lot easier when you have great recipes like this one in your arsenal.

Ted Kallmyer is an ISSA certified Specialist in Fitness Nutrition, is an expert macros coach, and the author of The Macro Solution. If you need personal help reaching your weight loss/fitness goals see his nutrition & macros coaching options. Follow Ted on Instagram
Last Updated: June 28, 2018