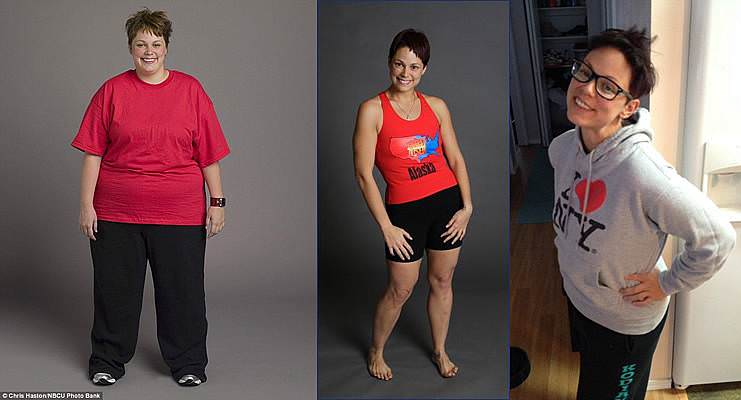 Opinions are divided when it comes to the iconic weight loss show. No doubt thousands of people have been inspired by the transformations, and have themselves made some changes of their own for the better.

There is a dark side to show however, according to former contestant Kai Hibbard, who lost 118lbs in the third season of the show. Hibbard told ABC’s “The Morning Show” (watch the interview here) that producers used a number of tactics to distort results, promote fast weight loss, and otherwise create an environment conducive to disordered eating behavior.

I have people that come up to me and talk to me and ask me why they can’t lose 12 pounds in a week when I did…when I didn’t… It didn’t happen…its TV. I helped perpetuate a myth that’s dangerous.

(Hibbard claims that “a week’s” results were often longer than a week, and that she would dehydrate prior to weigh-ins).

She goes on to say;

She takes full responsibility for perpetuating a myth, and says she feels like a “coward” for not speaking up about her experience. She acknowledges that blowing the whistle on the shows practices will put her at risk for lawsuits.

Hibbard has since gained back about 2/3 of the weight she lost. Upon leaving the show, she claims to have suffered from a “very poor body image”. In the Morning Show interview, her husband recounts some very obsessive behavior, and some alarming physical changes such as hair loss. NBC responded to the allegations with this;

Contestants on The Biggest Loser are closely monitored and medically supervised,” the network told Entertainment Weekly… The consistent health transformations of over 200 contestants through nine seasons of the program speak for themselves.

“These claims are “false” and stresses that the health and well-being of the contestants is production’s utmost concern. We put together an incredible medical team of doctors, nutritionists and therapists. You name it we’ve had it and continue to evolve our supervised care,”

Copout – plain and simple. Here’s 3 quick thoughts on why;

The hotly contested debate rages on – is this just the reality of reality TV, or should the Biggest Loser clean up its act?

I personally applaud Kai Hibbard for bravely coming forward and exposing some of the dangerous, and otherwise questionable practices of the program – all for the sake of great theater.

Have former winners kept the weight off? Find out here.

However, The show has inspired and helped 1000’s of people lose weight and become healthier, so surely there’s some value to that.

I'd love to give you my free Macros Quick Start Kit.